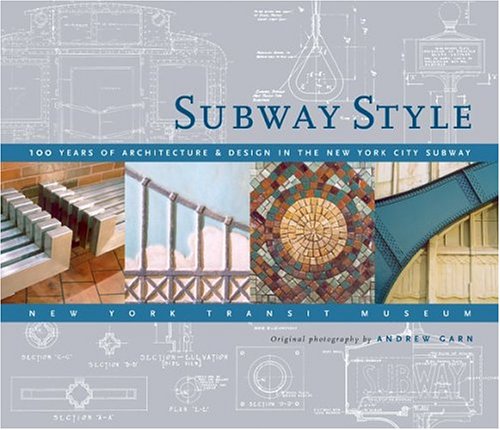 Click here for additional resources on this web site

From the beginning, the people who planned the subway’s construction considered it, in words actually written into the contract, a “great public work” worthy of attractive design. Published in 2004 (Stewart, Tabori & Chang, an imprint of Abrams) to celebrate the 100th anniversary of the opening of New York’s first subway line – the IRT – this book celebrates an often overlooked aspect of the subway system: its art and architecture.