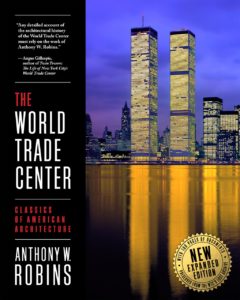 New York Times: “New Glimpses of the Twin Towers’ Past” by David Dunlap

CurbedNY: “Looking Back at the Original Ads for the World Trade Center”

Originally published in 1987 while the Twin Towers still stood – brash and controversial, a new symbol of the city and the country – this book offered the first serious consideration of the planning and design of the World Trade Center. It benefited from interviews with figures still on the scene, and archival documents still available for study. Many of those interviewed, and many of the documents, are gone. But even if they remained available today, it would be impossible now to write this book from the same perspective – too much has happened here. 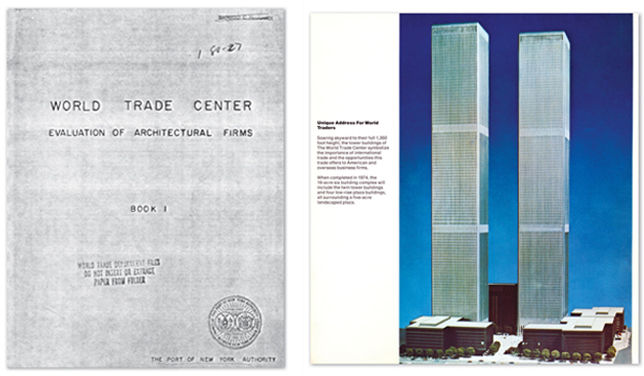 A decade after the disaster, a new World Trade Center is rising on the site. We can finally begin to imagine life returning, with thousands of people streaming into the new buildings to work or conduct business, and thousands more, from all over the world, coming to visit the new memorial. It is only natural, then, that we will find ourselves thinking about what life was like in the original Center. This new edition of the book – expanded to include copies of some of the documents upon which the text was based – is offered as a memory of the World Trade Center as it once was. It is also offered as a reminder of a more innocent time, when the Center stood as a symbol, certainly, of hubris, wealth and power, but also of the conviction that in New York City, Americans could do anything to which they set their minds.

Interview (excerpt) with Geraldine Jamieson on Manx Radio, on how the book came to be

Interview with John Farley of WNET’s MetroFocus on the design of the Trade Center (for the full site, click here)