Wednesday morning, thanks to an invitation from Eric Roningen – author of From the Inside Out, the harrowing account of fifteen people who escaped from the Twin Towers on 9/11 – I joined a hard-hat tour of One World Trade Center. 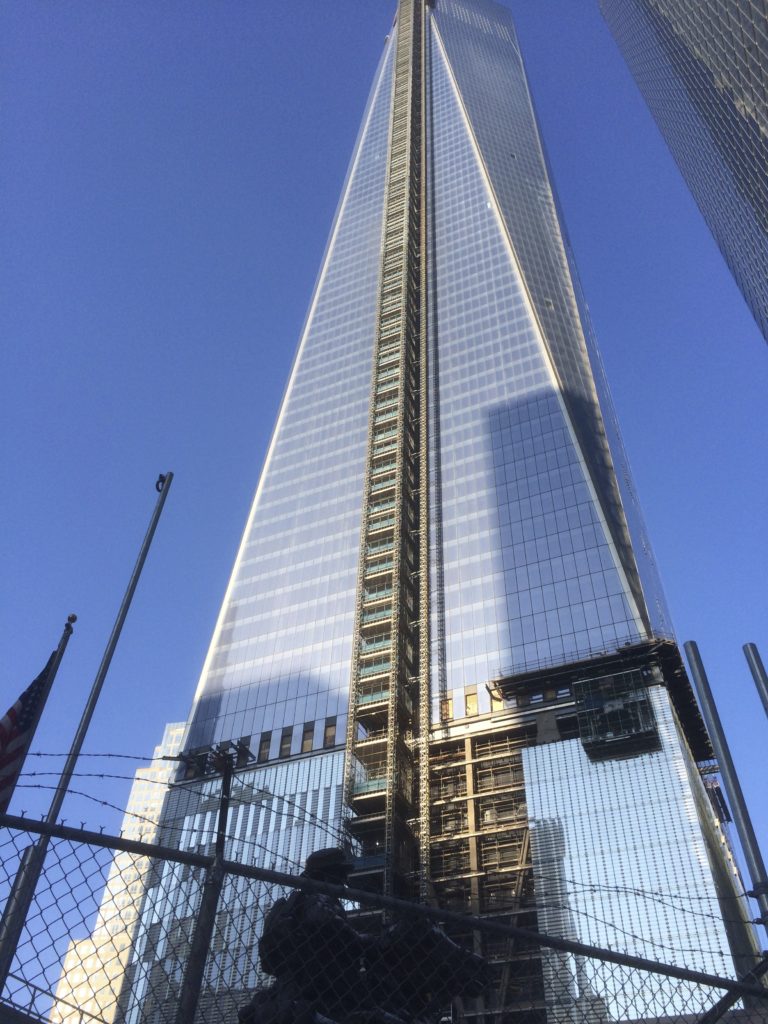 We met at the entrance to the PATH station, where our trusty Port Authority guide, Mike, issued us safety glasses and hard hats, and escorted us into the tower – still an official construction site but well on its way to completion. We entered directly across the street from the Barclay-Vesey Telephone Company Building, walked down a tall lobby space 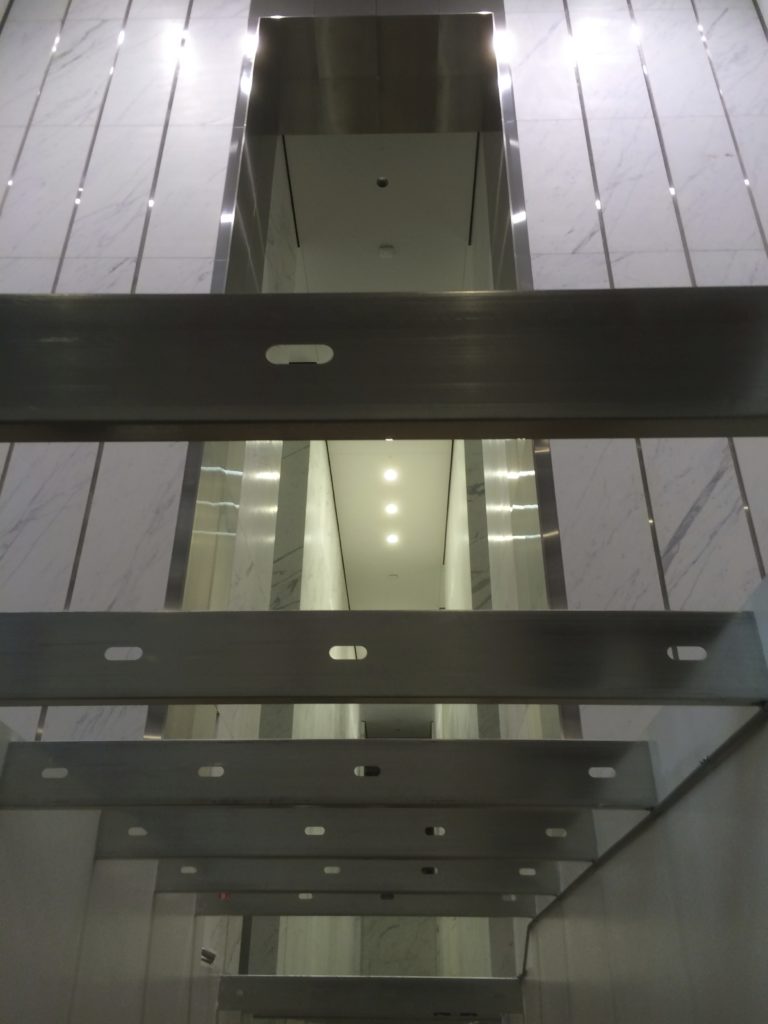 and into a large construction elevator, for a very fast ride to the 64th-story sky lobby – a reuse of the term made famous by the original Twin Towers. According to the operator, the new tower’s elevators will run at 2,000 feet per second, making them the fastest in the world. 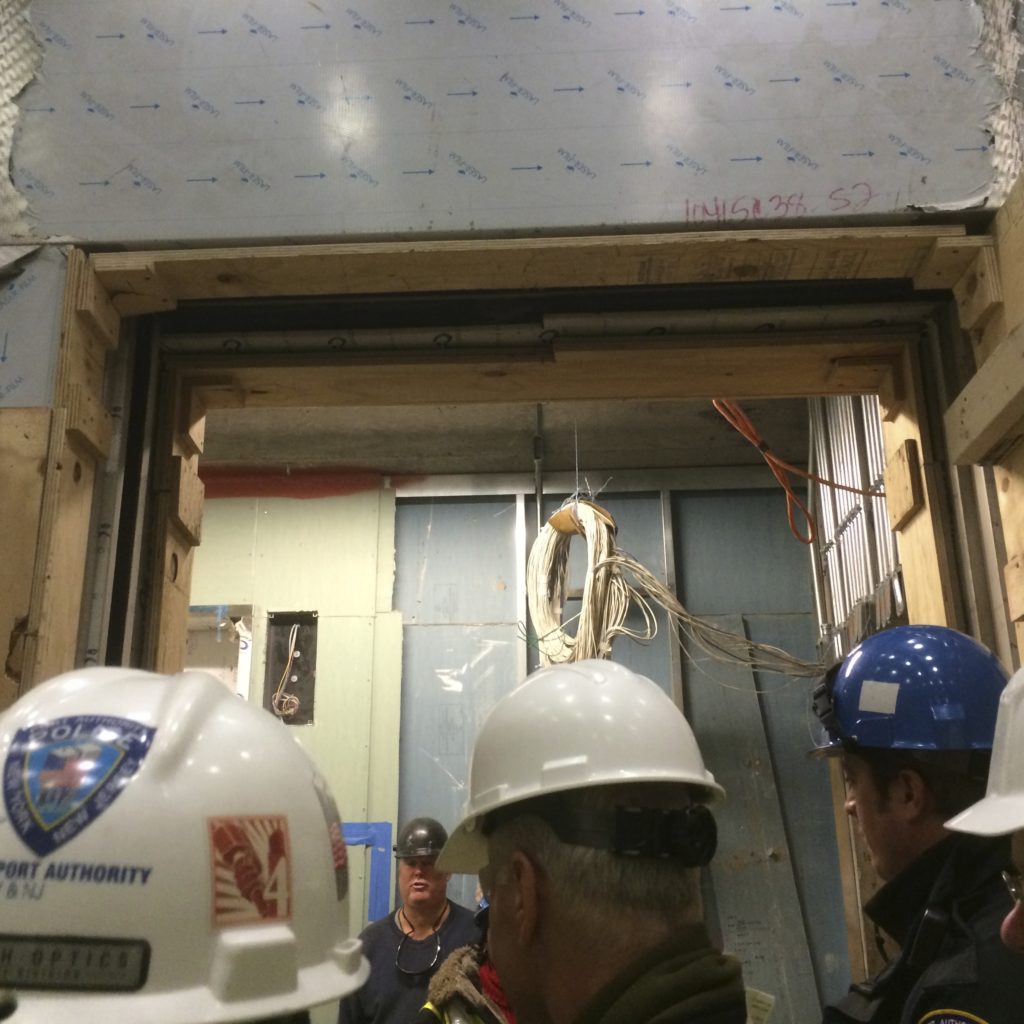 On the 64th floor, Mike showed us some of the remarkable security features in the new tower designed in response to the disaster of 9/11. Staircases, for instance, are double the standard width, while a separate staircase provides access for first responders. Special arrangements to ensure uninterrupted water streams, construction able to resist fire and collision impact, and many more such features, added one billion dollars to the project – one third the total cost. 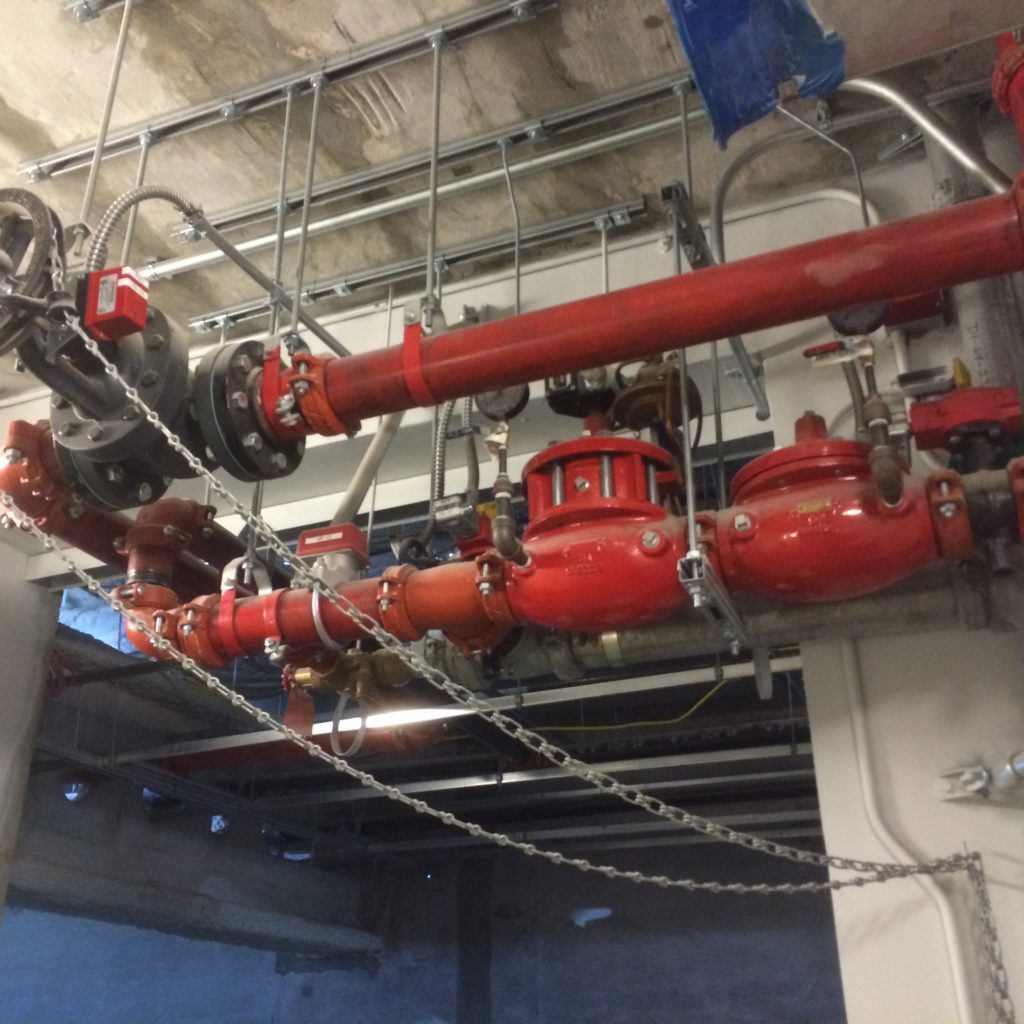 Then Mike took us to the outer area of the skylobby – for the spectacular panoramic views of the Port of New York. 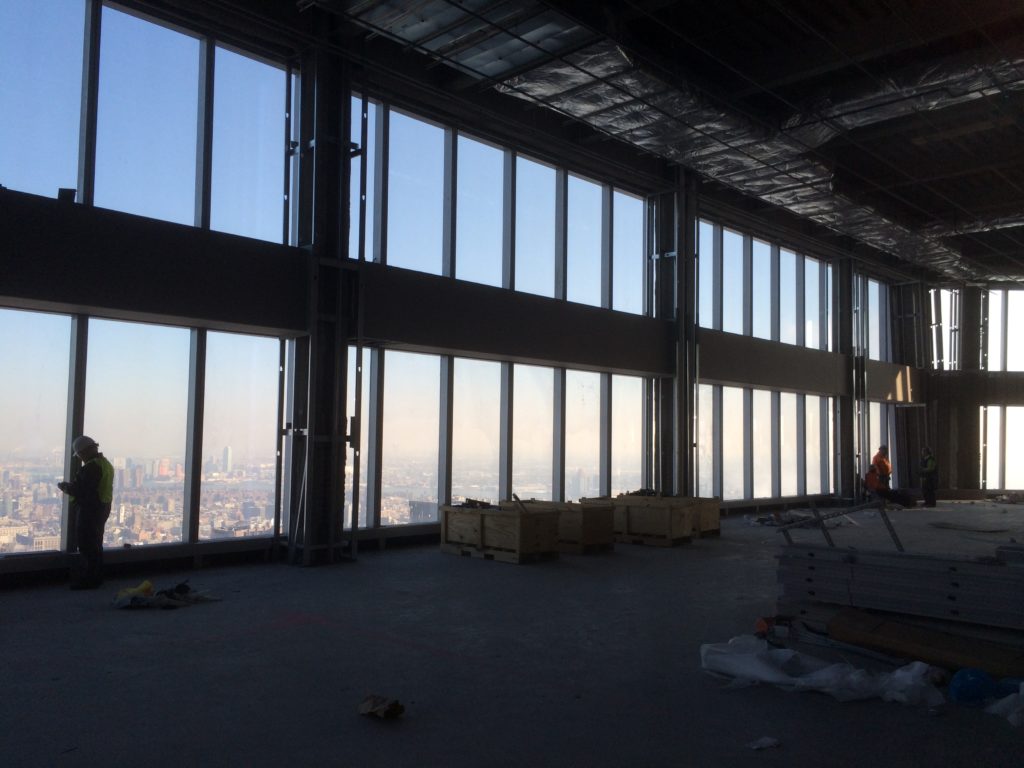 The windows of the original Twin Towers famously measured just 18 inches wide – a result of architect Yamasaki’s fear of heights. Not so in the new tower – wide panes of glass permit unobstructed views in every direction. 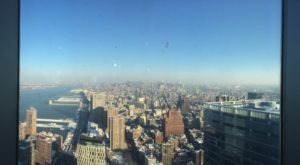 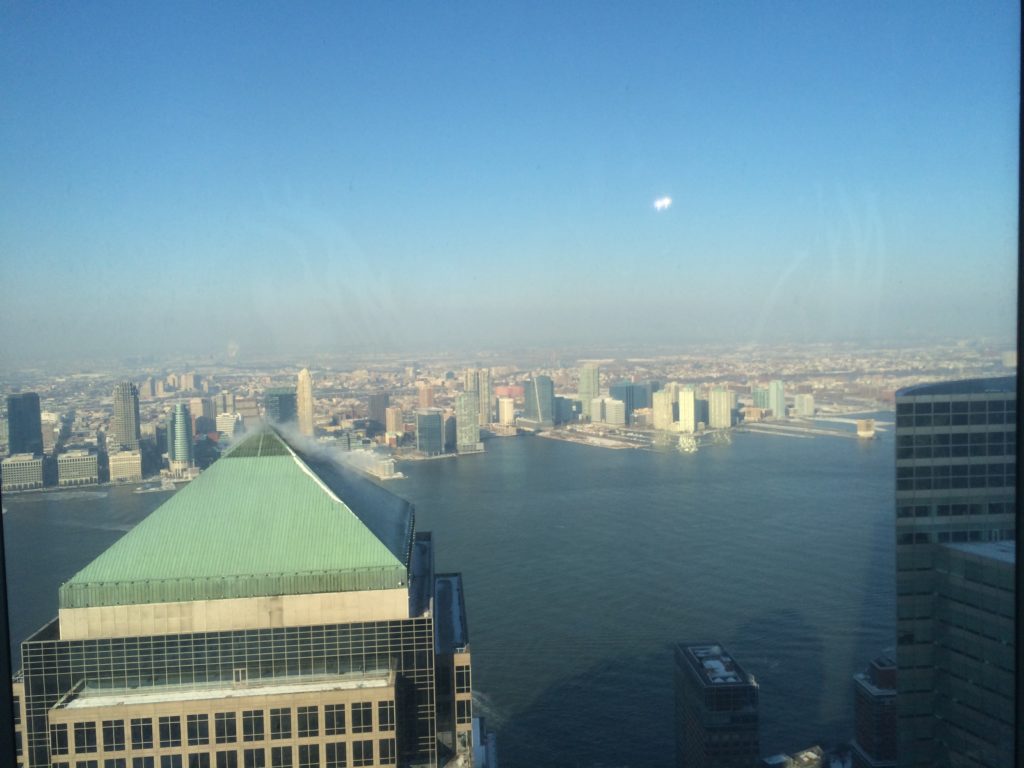 Mike then handed out black felt-tip markers so we could sign a concrete wall – joining our names to hundreds of others. These will all, of course, eventually be hidden, but we wrote our names anyway. 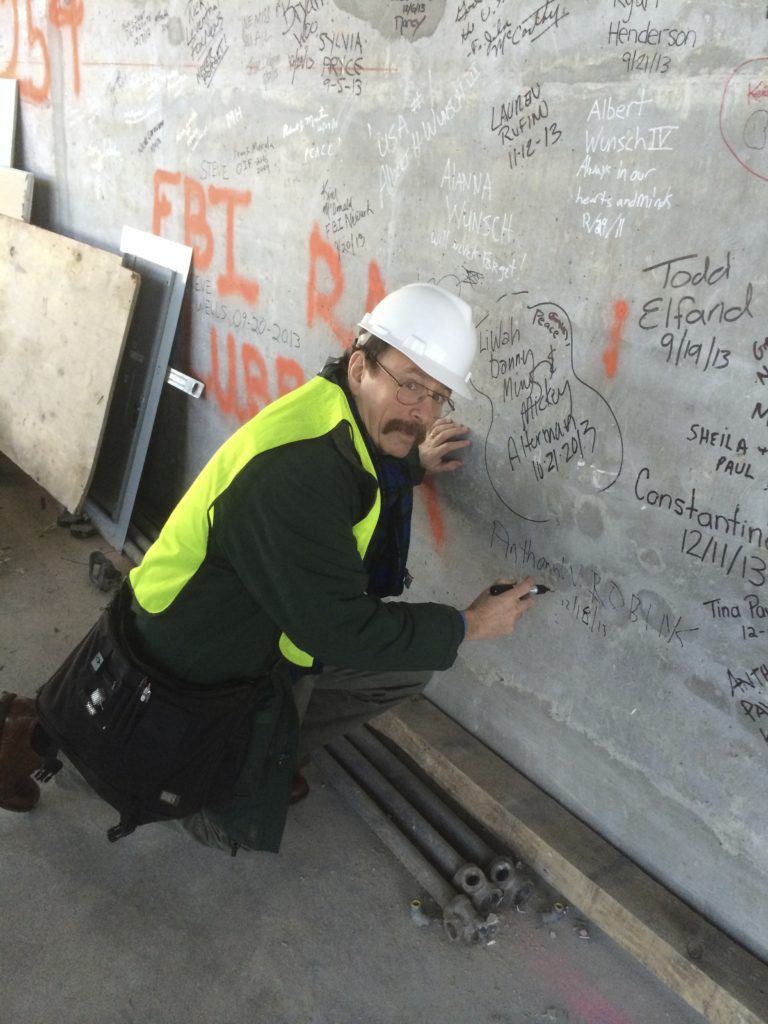 There is something remarkably compelling about such a seemingly silly impulse – ancient monuments in Europe still sport graffiti etched in stone centuries ago. 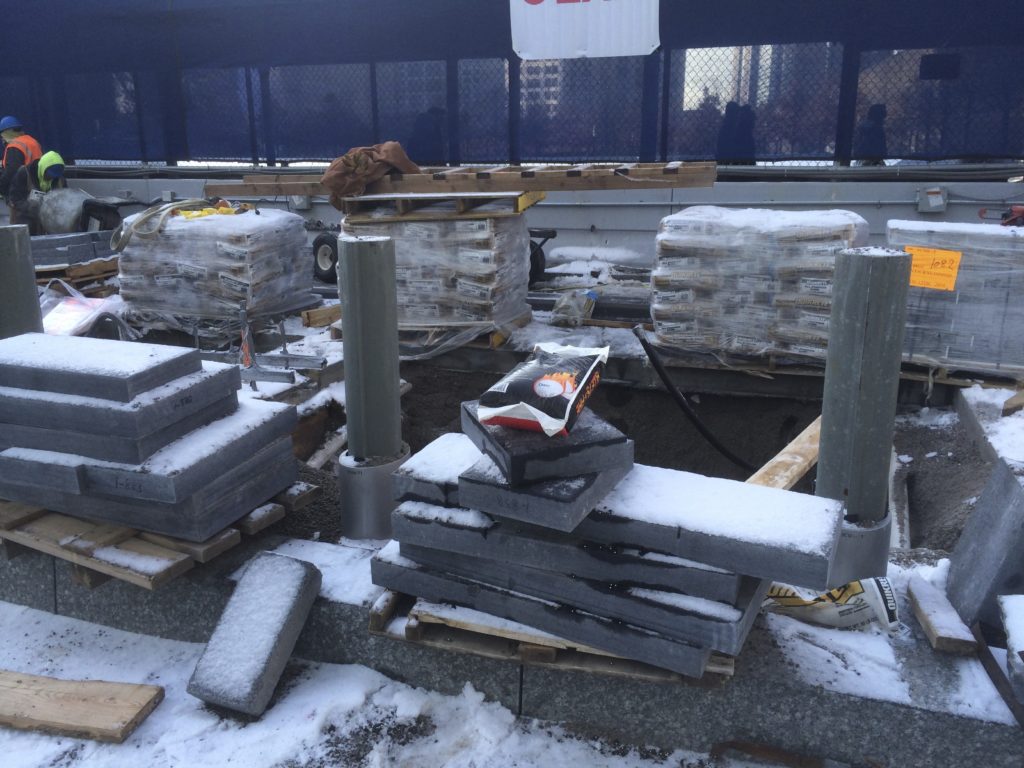 but eventually One World Trade Center will open to the public.