It’s hard to remember that Fifth Avenue, opposite Central Park, was once lined entirely by the faux chateaux of New York’s wealthy. 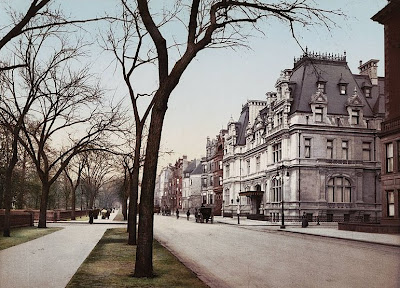 Most of those buildings have long since given way to apartment houses. But a number still stand – sandwiched between taller buildings – and among these, one of the loveliest, No. 934, has belonged to the French government for the past 70 years. 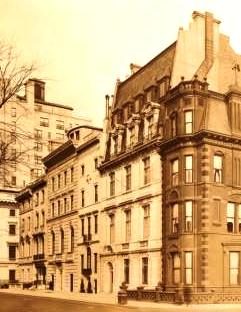 Today, by contrast, it sits scrunched between tall apartment buildings – a relic of another time: 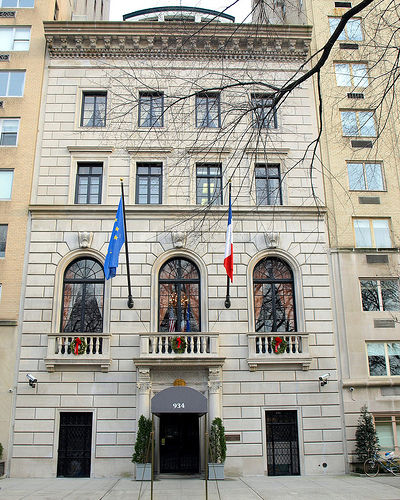 The house would likely have disappeared long ago – few families here held on to their old town houses. But because the French government bought the building in the 1940s, No. 934 survives, and even thrives. (And of course, it is now protected by its inclusion in the Upper East Side Historic District.) It has served as the French Consulate since 1952:

The French take great pride in their consulates and embassies. To celebrate them, the French government has commissioned a series of illustrated books about their outposts around the world. The series includes volumes on grand residences in Washington, D.C., Ottawa, Berlin, Vienna, Istanbul, Tokyo and more. And the newest volume  – of which I am a co-author – is devoted to the Consulate in New York.

Though the French government has owned the building since 1942 (yes, it was bought by the Vichy government, which apparently wanted to move its Consulate out of the Maison Francaise at Rockefeller Center), it was built in 1925-26 for Charles Mitchell, President of National City Bank. 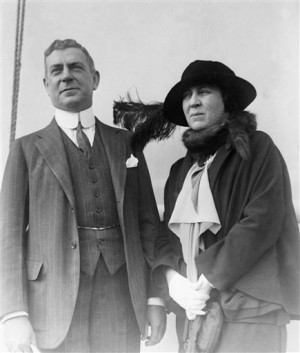 Mitchell had a somewhat turbulent career – starting as a clerk to an electric company in Chicago, he rose to be City Bank’s Chairman of the Board by 1929, advising Presidents Harding and Hoover on financial matters. When the 1929 Crash came, Mitchell’s fortunes crashed with it – accused of tax dodging in 1933, he was arrested in his home – in evening clothes – and escorted downtown. Though acquitted of the charges, he lost most of his fortune to the Depression, and gave up the Fifth Avenue house.

While still in residence there, however, Mitchell and his wife entertained lavishly. Business friends included publisher Conde’ Nast, Cornelius Vanderbilt III, and financier and presidential advisor Bernard Baruch. But since Elizabeth Mitchell was an amateur musician, the entertainment also included visits from and recitals by many luminaries of the musical world. (According to reminiscence by the Mitchells’ son Craig, however [“I Remember Fifth,” in Town & Country], “Father, alas, hated music; he’d go to the opera, pull the curtains of the box and fall asleep in the cloak section.”) The Mitchells hosted dinners in honor of pianist and composer Ignace Jan Paderewski, conductors Wilhelm Furtwängler and Willem Mengelberg, violinist Fritz Kreisler, baritone Lawrence Tibbett, and pianists Harold Bauer and Jose Iturbi, among many others. In her memoirs (Music with a Feather Duster, 1941), Mrs. Mitchell recounts a conversation she had with George Gershwin, after dancing with him “in the music room to the syncopations played by a little band called ‘The Yacht Club Boys,” sitting on the stairs of 934 Fifth Avenue:

“He said, ‘I wish I knew what to do. I can stay in New York and accept a tempting offer to write a show, or toss that up and follow the strong urge I feel to work out a new idea of mine.’ He explained that if he followed his desire he would have to go to Paris. He would have to study theory and orchestration for at least a year, as his previous work in those subjects, with Rubin Goldmark, had covered only a very short period. I told him that my guess was that unless he followed his real desire, he stood a pretty good chance of writing a pretty bad show. Later on, when he made his decision to give up the musical-comedy plans, he was able to go abroad and write An American in Paris.”

To design the new house, Mitchell hired the firm of Walker & Gillette, with whom he had long connections – they designed half a dozen branches of City Bank, as well as the family’s country house in Tuxedo Park. Though commissioned for Mitchell, Walker & Gillette’s design for No. 934 is also admirably suited to the French Consulate. Leon Narcisse Gillette – like so many American architects of the time – had studied at at the École des Beaux-Arts in Paris, in 1901-03, and maintained his connection by joining – as did Walker – the New York Society of Beaux-Arts Architects, and eventually served as its president.

No. 934 is modeled on Italian palazzi, not unlike those of the Medici – those Renaissance bankers and patrons of the arts could be seen as models for Mitchell and his musical wife. The very buildings of the École des Beaux-Arts – modeled themselves on Italian palazzi – may have suggested details to Walker & Gillette: 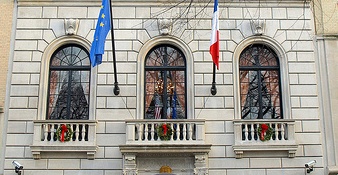 The grand interiors of No. 934 survive largely intact: 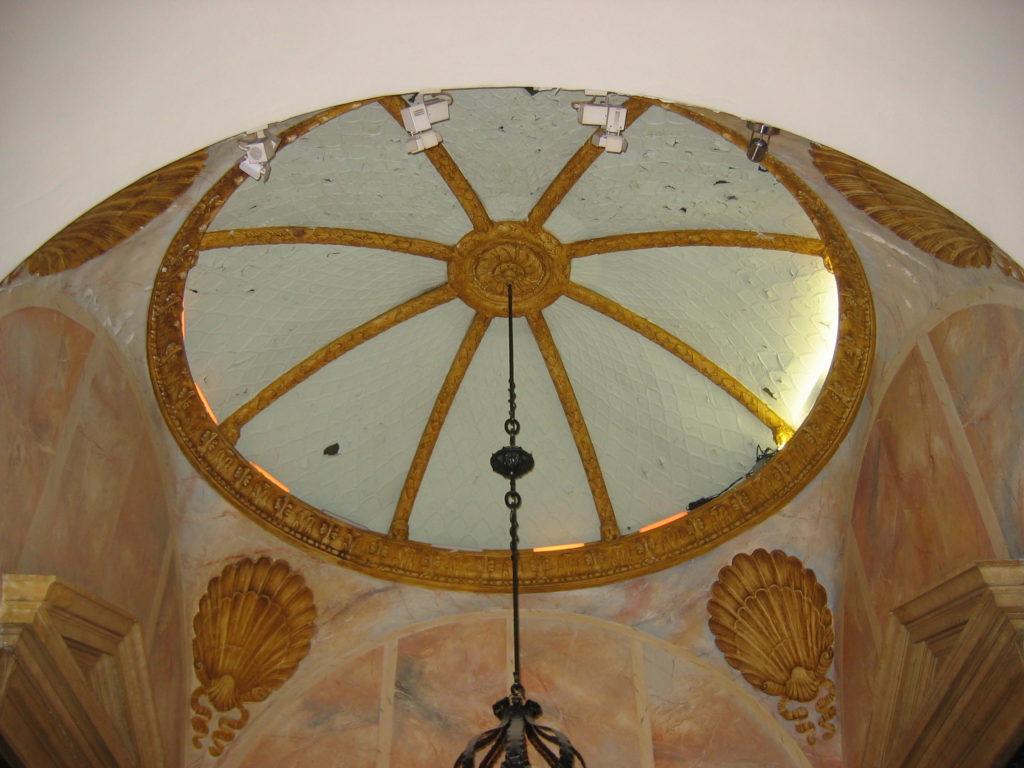 For more on the book, click here – then click on “QUELQUES PAGES” for a peek at some sample pages.

Previous StoryHard-hat tour of One World Trade Center
Next StoryLost Landmarks – found, for a moment….