If you run right over to Parsons New School of Design, at No. 6 East 16th Street; tell the security guard you’ve come to see the student projects exhibit; and take the elevator to the 12th floor – you will find Matt Felsen’s MFA final project, “Lost Landmarks,” sort of a landmarks voyeur’s time machine. 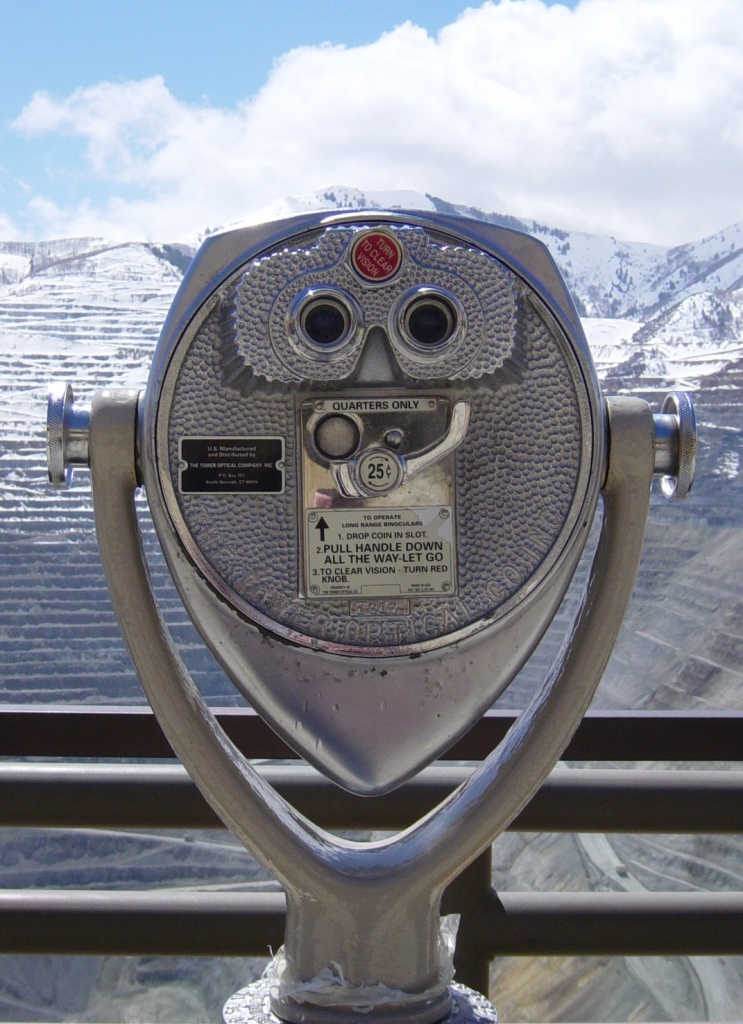 and set it up at four sites in Manhattan – Penn Station, Grand Central Terminal, Bryant Park, and West 14th Street near Sixth Avenue. But he fiddled with the viewer’s innards, installing a small iPad:

The result: When passersby looked through the viewer, instead of seeing the site as it appears today, they saw a series of historic views of what had stood there a century or so ago – the view they would have had looking at the site from that exact spot. At Penn Station, they saw the original Penn Station; at Grand Central, the first Grand Central Depot; at Bryant Park, the Crystal Palace (though this installation was, sadly, cancelled because of the weather); and on 14th Street, a long-vanished neo-Gothic armory. 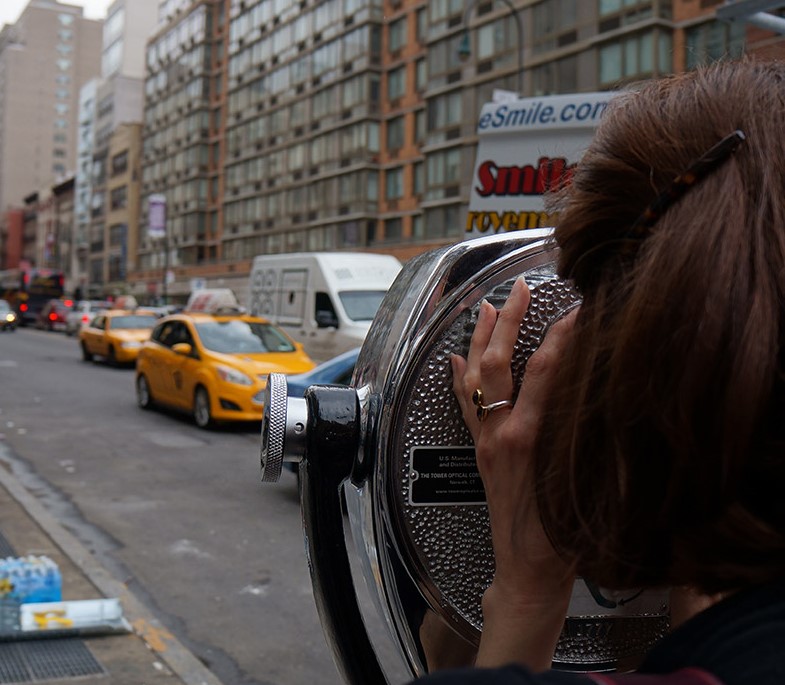 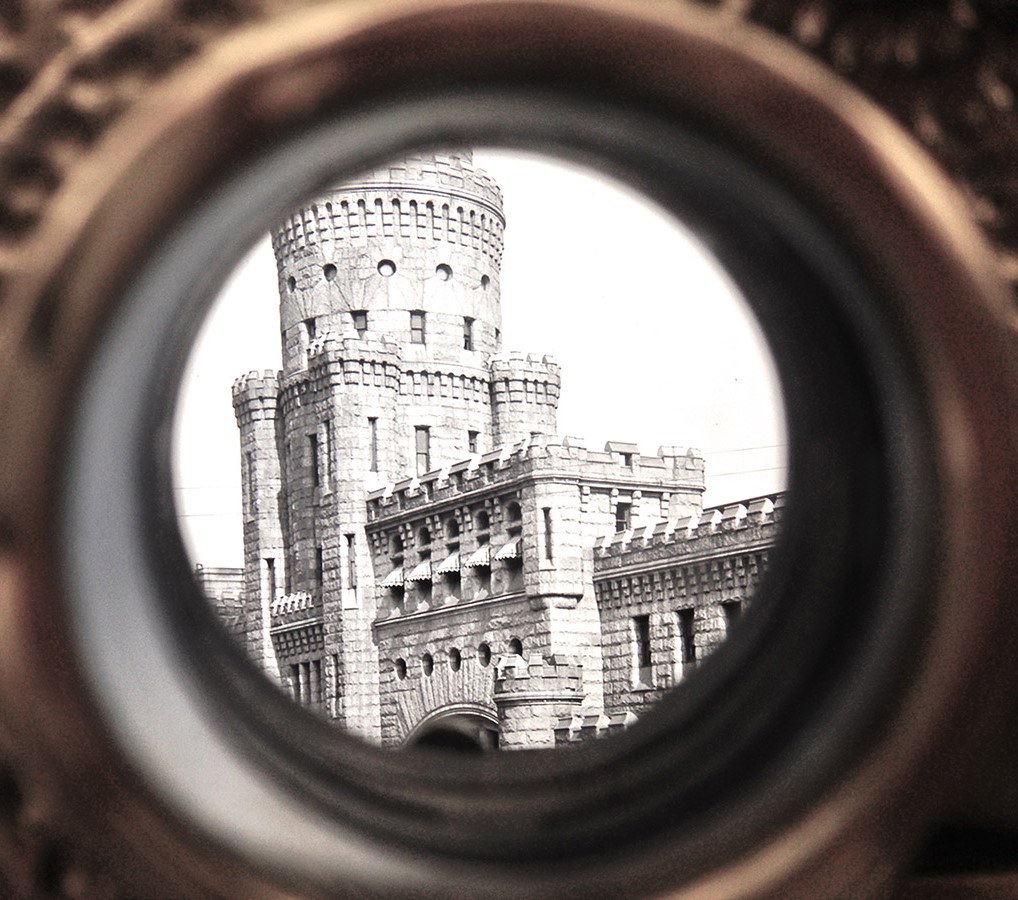 Though the street installations are gone, the entire project is still visible for a few more days at Parsons. Matt has set up his viewer in front of a wall, where he projects a photo of the current scene, and invites you to look through the viewer to see the historic antecedent. 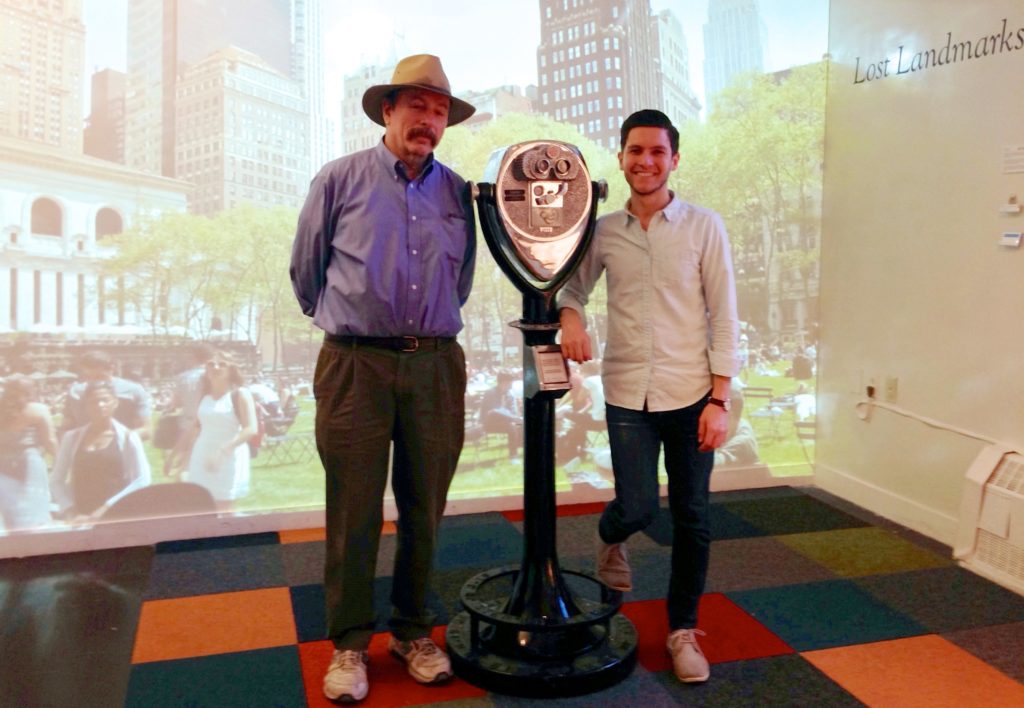 You can learn more about the project at Matt’s web site: http://lostlandmarks.cc, but it’s definitely more fun to see it in person. The project will be up until this coming Saturday, May 24th, and the gallery is open from 10:00 a.m. to 8: p.m.

Wouldn’t you like to have these viewers all over the city?